The Sheath Elite Team is a team of world-class athletes, martial artists, boxers and physical fitness specialists. These remarkable individuals are among the finest in their professions, as they continuously demonstrate their dedication and strive for excellence. In our previous exposition, we introduced you to the Olympic Athlete division of the Sheath Elite Team. Now, we are proud to introduce our Elite Team of fighters, consisting of Ring Fighters and Mixed Martial Artists with a broad range of fighting styles and training backgrounds. 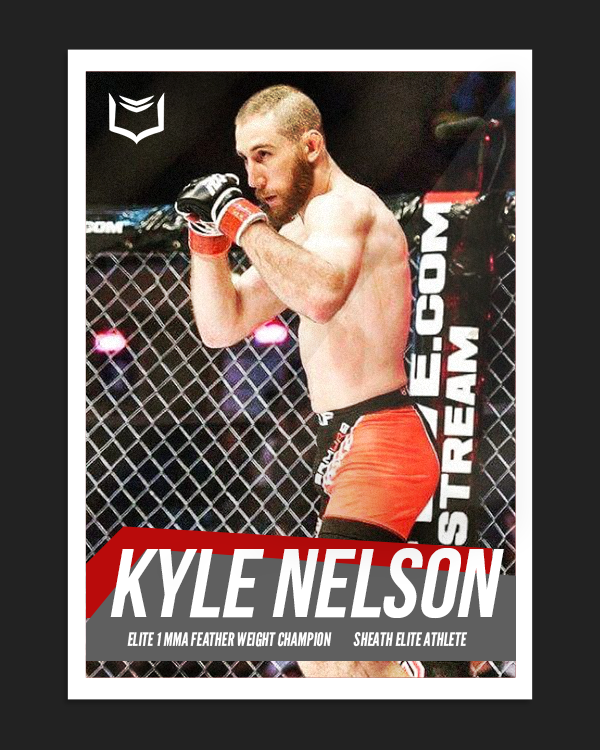 Kyle Nelson is a Lightweight Mixed Martial Artist fighting out of his hometown of Huntsville, Ontario, Canada. He is a Muskoka Kickboxing affiliate with a strong ground game, but is truly in his element when delivering devastating “stand and swing” blows. His style is very malleable, having the ability to make on-the-fly adjustments to his technique based on the situation he is in, earning him the remarkable professional standing of 10-1-0(W-L-D). In addition to reping Sheath markings in the ring, Kyle plays an essential role in Sheath’s expansion as the overseer of distribution all across the Canadian region. 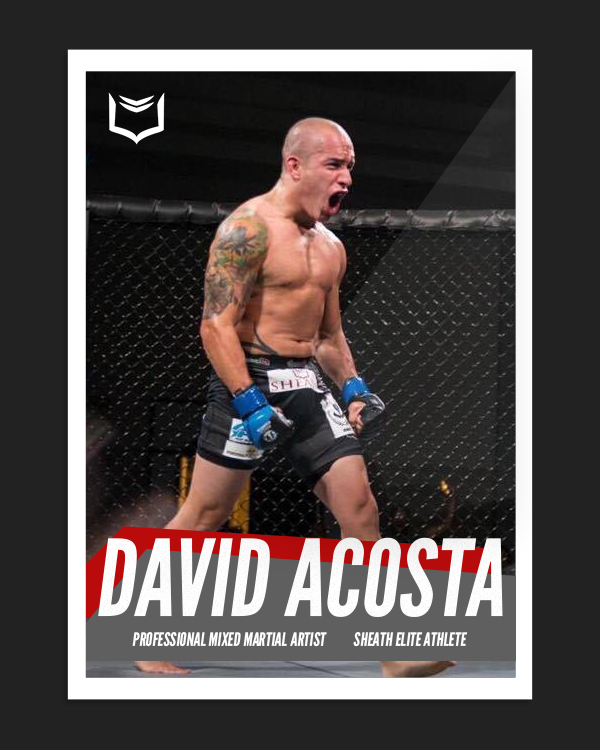 David Acosta is a Texas-born Flyweight Mixed Martial Artist fighting out of Sacramento, CA. He is affiliated with Bronx’s Gold Team Texas and is trained in all aspects of MMA, but Brazilian Jiu Jitsu is where he found his home. As an amateur, David held the belt as Legacy Amateur Series Flyweight Champion and defended it before turning Pro. Now, he holds a professional MMA record of 5-1-0. Standing at a height of 5’5 and weighing in just over 125 lbs, David is a lightning-fast force to be reckoned with. His stand up is quick, he is lethal on his back and his cardio is remarkable; a killer combination for any weight class. 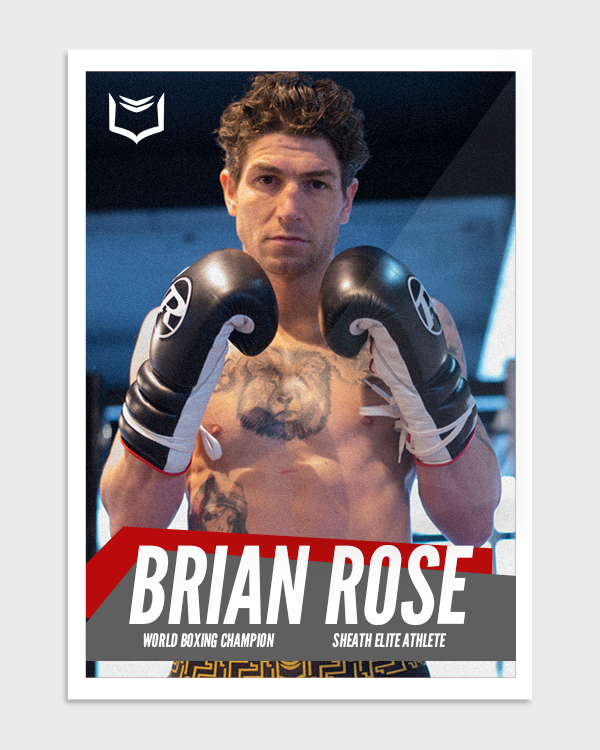 Brian Rose is a Professional Middleweight Orthodox Boxer born in Birmingham, UK and living in Blackpool, UK. Since the beginning of his amateur boxing career and through to his current professional standing, Brian has stepped into the ring for over 100 bouts. He currently has a rating of 29-5-1 and possesses the English Title, the British Title and is a World Title Challenger. Brian fights with an indescribable passion, having first slipped on the gloves at the age of 11. It was always a dream of his to become a professional boxer and now, he aims to become the World Champ. For a limited time, unique Brian Rose branded Sheath Underwear are available only at BR Boxing and Fitness. 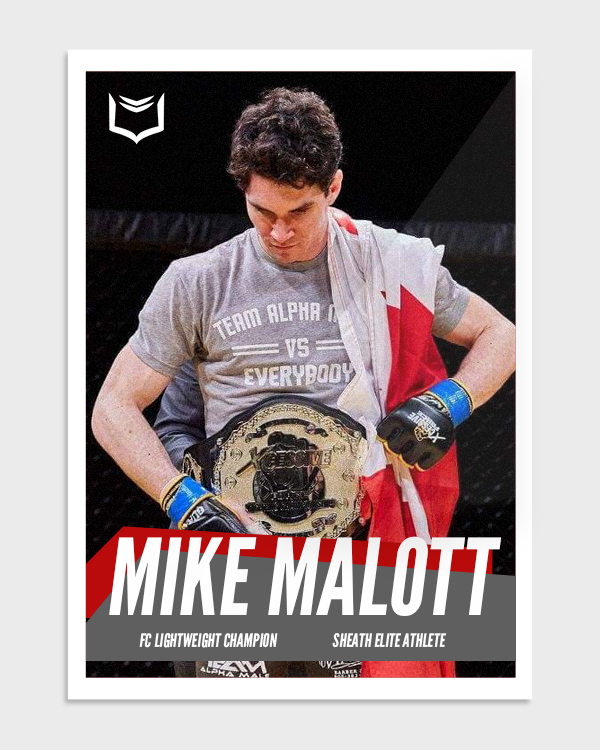 Canadian fighter Michael Malott is a Lightweight Mixed Martial Artist fighting out of Sacramento, CA. He is a Team Alpha Male affiliate and has attained the KRU Title in Muay Thai, a Purple Belt in Brazilian Jiu Jitsu and currently possesses an MMA record of 5-1-1. Malott is a lethal ground fighter, having received Gold Medals at the Atlantic Grappling Tournament, Abhaya Open Grappling Championship, and twice at the the Ontario Submission Wrestling Alliance. Driven by a fierce attitude and an indomitable spirit, Michael makes for an aggressive adversary for any contender bold enough to face him. 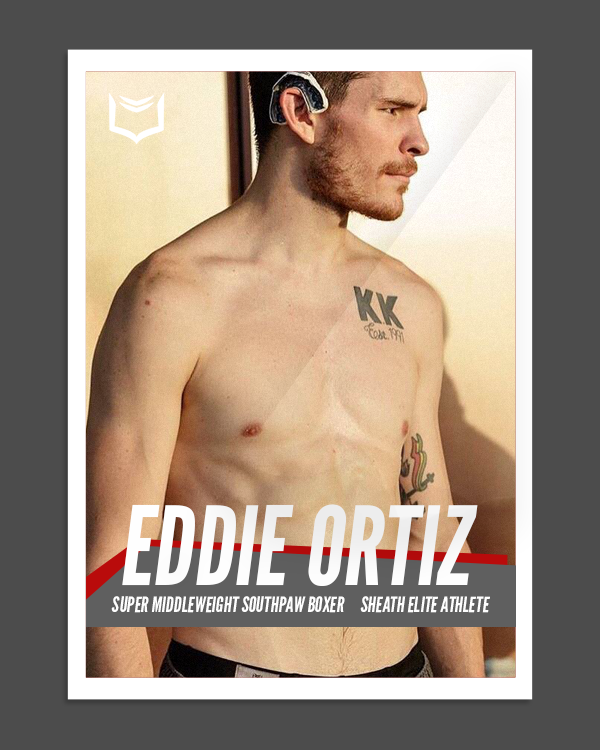 Eddie Ortiz is a Professional Super Middleweight Southpaw Boxer born, raised and currently residing in San Antonio, TX. He was declared the 2015 USA National Champ and turned Pro a year later with an incredible win by TKO. Eddie’s current rating is 3-0-2 and he has really begun to make a name for himself and his city. Standing over 6’2 and fighting with his polished Southpaw stance, Eddie is a beast in the ring, delivering powerful surprise blows while maintaining his feathery footwork. Be on the lookout for him taking the sport by storm. 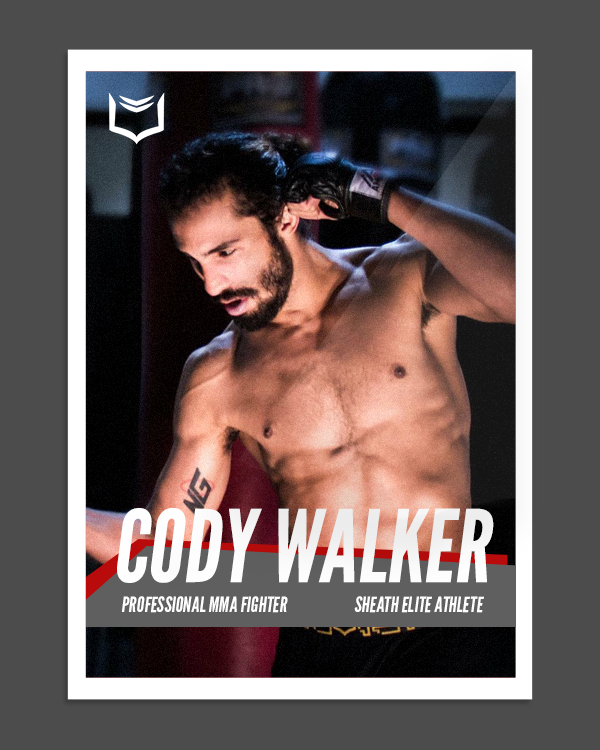 Cody Walker is a Featherweight Mixed Martial Artist born in Plano, TX and fighting out of Dallas, TX. He is affiliated with Next Generation MMA Fight Team and has trained beneath Kickboxing World Champion and UFC Champion, Guy Mezger, as well as Lightweight World Extreme Cage Fighter, Phil Cardellal. Cody currently possesses an MMA rating of 8-6-0 and fights with a fierce, well-rounded style, but is particularly dangerous when the fight goes to the mat with his mastery of Brazilian Jiu Jitsu. 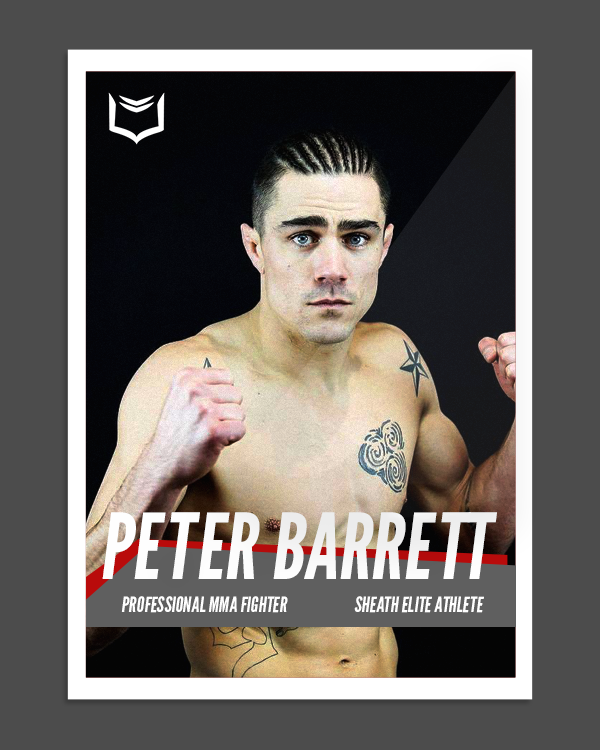 Peter Barrett is a Lightweight Mixed Martial Artist from Abington, MA and fighting out of Stoughton, MA. He is an affiliate of Skill of Strength Training Facilities and discloses little about his training as a fighter; however, his ability truly speaks for itself as Peter currently holds a sterling Pro MMA record of 8-0-0 with all finishes. The most notable quality of his fighting style is the sheer accuracy and devastation of his landed blows, having won the majority of his fights in the first round with a TKO. With the current streak he is on, Pete is on his way straight to the top.

The future is bright for these passionate fighters as they continue to step into the ring to push the boundaries of human capability and physical potential. Words cannot describe how excited we, Sheath Underwear, are for the opportunity to work with these individuals and help them in their daring endeavor to become the best fighters in their class. Keep an eye on these guys as they continue their climb to the top with Sheath supporting them through every punch, kick and grapple along the way.