Since the launch of the Sheath Underwear brand, we have sought to provide the world with a never-before felt comfort through our carefully crafted design and our passion for an active lifestyle. Along our journey, we have had the pleasure of meeting some amazing people, including some of the finest athletes the world has to offer. It was not until just recently that these connections and new friendships led us to the vision of creating an elite team of Sheath sponsored athletes, martial artists and physical fitness professionals alike; the Sheath Elite Team TM. Today, we would like to call attention specifically to the Olympic division of the Sheath Elite Team, consisting of medalists, hopefuls and repeat competitors from both the Summer and Winter classes. 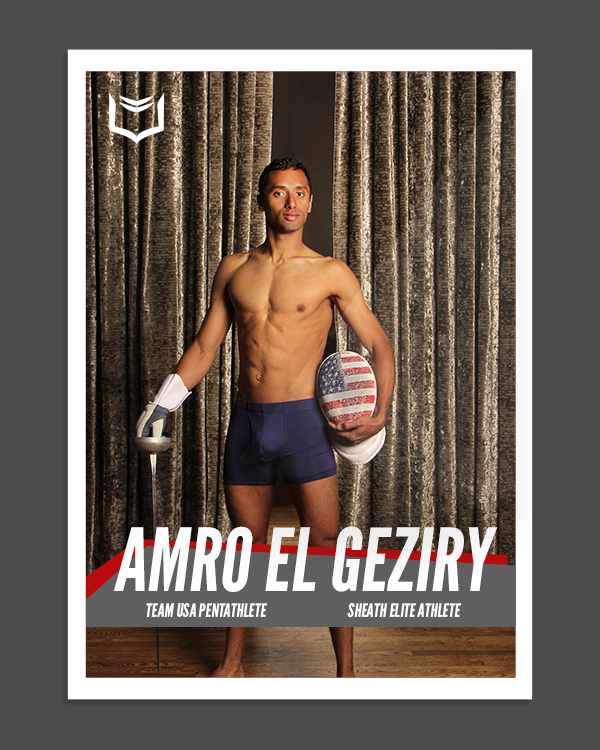 Amro is a world-class Pentathlete born in Cairo, Egypt and is currently residing in Colorado Springs, Colorado. As a professional athlete of the UIPM-International Modern Pentathlon Federation and a three-time Olympic Modern Pentathlete competitor, an intense training regimen is just an ordinary part of life for him. In 2014, Amro placed as the Silver Medalist at the UIPM World Cup, and again as a Gold Medalist in the UIPM World Cup of 2016. Now, he has his eyes set on the Olympic Gold, and we as Sheath Underwear are proud to have the opportunity to aid him in his athletic evolution and in his preparation for the 2020 Summer Olympics in Tokyo. 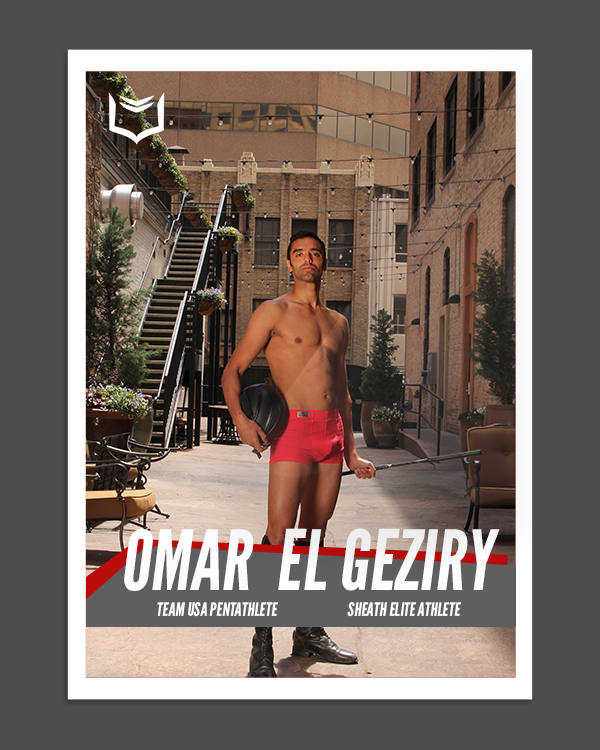 Brother to Amro El Geziry, it is clear to see excellence runs in the family. Omar is also a Modern Pentathlete of the UIPM-International Modern Pentathlon Federation. He received the Silver Medal in the 2016 UIPM World Cup and is a one-time Olympic competitor at the 2016 Summer Olympics in Rio. Aside from his competitive career, Omar also works as an Assistant Fencing Coach at both the Front Range Fencing Club and the US Air Force Academy. He too has his eyes set on an Olympic Medal in the upcoming 2020 Olympics, and we are proud to enlist him among the ranks of the Sheath Elite. 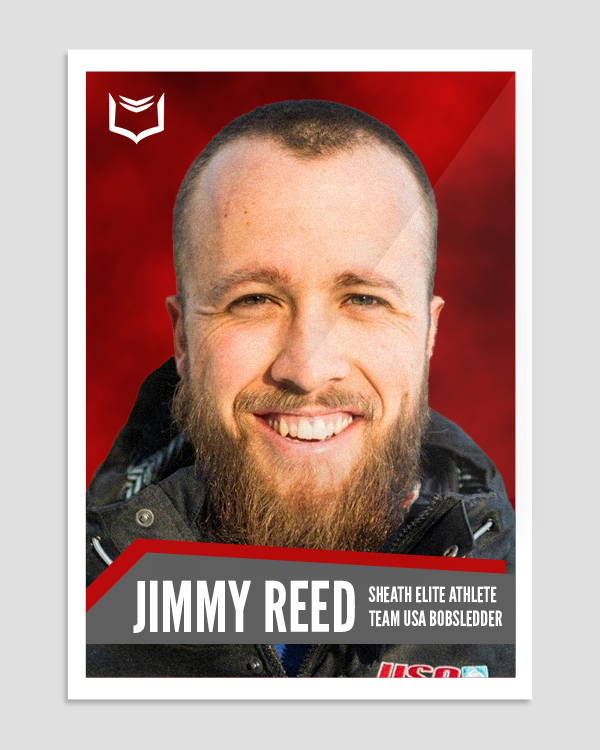 Jimmy is a professional Team USA Bobsledder from Garmisch-Partenkirchen, Germany. He currently lives in Orono, Maine where he spends much of his time polishing his performance for any upcoming competitions. Jimmy is also training to be the pusher for the US Bobsled team in the PyeongChang 2018 Winter Olympics in South Korea - A goal that we intend to help him achieve. To date, he stands proud as a Silver and Bronze medalist of the Four-Person Bobsled World Cup. Be on the lookout for him in 2018. 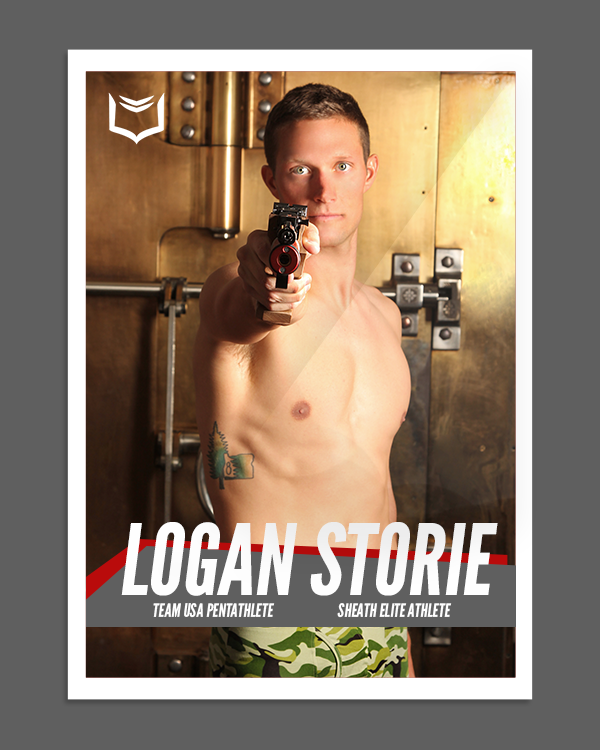 It’s Storie time. Logan Storie comes from Corvallis, Oregon and currently resides in Colorado Springs, Colorado where he is training to become and Olympic US Pentathlete to compete in the 2020 Tokyo Olympics. He is currently on the US Pentathlon National Team as well as an 11B US Army Infantryman and proud representative of the U.S. Army World Class Athlete Program. He is also currently a world record holder for the 200m Pentathlon swim with a clocked time of 1:53.08 in Berlin, Germany at the World Championships on 1 July 2015. Logan has come a long way in a short amount of time, and as a company with patriotic roots, we are excited to have a chance to work with him along his journey to become a World Champion. 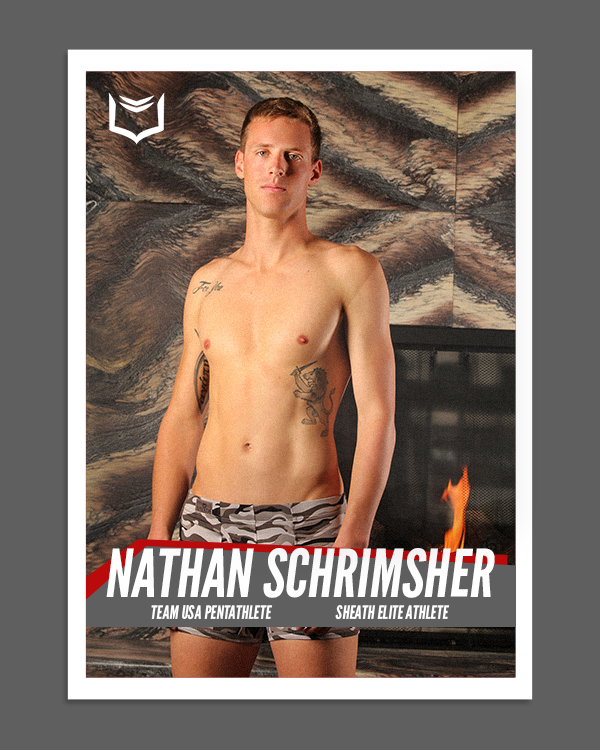 Nathan is an 2016 Team USA Olympic Pentathlete from Roswell, New Mexico and currently living in Colorado Springs, Colorado. He too is a soldier in the United States Army and a proud representative of the U.S. Army World Class Athlete Program. Nathan was the first American to qualify for the 2016 Olympics in Rio by placing 3rd at the 2015 Pan American Games. Aside from his time spent training, Nathan is also a student at the University of Colorado where he is studying Leadership Communication. Be on the lookout for Nathan in the 2020 Tokyo Olympics. 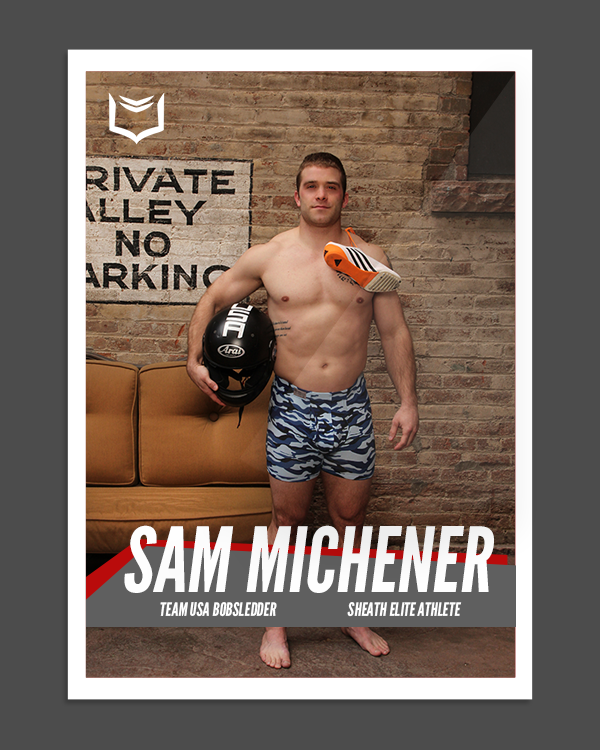 Sam is a brakeman of the USA National Bobsled Team. He comes from the town of Gresham, Oregon and currently lives in Colorado Springs, Colorado. He is a PyeongChang 2018 Winter Olympic hopeful, for which we spends countless hours honing his ability at the Colorado Springs Olympic Training Center. Sam is also an Alumni of the University of Idaho where he studied Exercise Physiology and worked as the Assistant Track and Field Coach. He has a bright future ahead of him and we are excited to be able to aid him in his journey.

There is a lot in store for these fine athletes, and we as Sheath Underwear are proud to provide for them with what we can for the trials that the future holds for them. Together, we hope to not only help these talented competitors in smashing records and earning medals, but to make an example of their excellence and change the face of men’s fashion and functional athletic wear.